How Should Christians Engage in Politics? 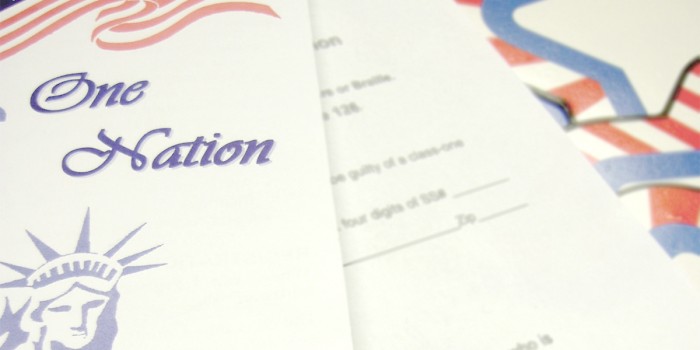 As election day approaches, it is a good time to consider God’s rule in the Kingdom of the Left through government.

Some would say that the church and Christians should not be involved in politics and government.  However, God’s Word reminds us that that we are to be, “blameless and innocent, children of God without blemish in the midst of a crooked and twisted generation, among whom you shine as lights in the world” (Philippians 2:15). In case you haven’t noticed, the world needs the light of Christian influence!

Of course, we do need to exercise caution.  We citizens of Heaven have no business trying to establish a Christian government, some kind of “state church” that obligates people to believe. People trying to escape this very thing founded our country and many church bodies, including the Lutheran Church – Missouri Synod.  We also have no business telling people where they should stand on a variety of political issues.  Christians may have different views on things like health care or tax reform or immigration policies.

However, some things debated as political issues are really spiritual issues, truth issues.

For example, marriage, human sexuality, and the sanctity of human life at both its beginning and end are issues to which God’s Word speaks very directly.  Lutheran Family Service (LFS) actively informs legislators on such issues and supports those who take a stand for God’s truth.  Such issues challenge God’s Lordship over life and death and put man in God’s place.  Christians cannot have different views on these issues.  These issues should be addressed in God’s Kingdom of the Right based on God’s Word of Law and Gospel.  This in turn should motivate God’s people to bring their influence to bear on these issues in the Kingdom of the Left.

What does that look like?  Before we get to that answer, consider what it does not look like.  Screaming and yelling, waving your Bible and quoting Bible verses out of context, and condemning to eternal Hell-fire those who disagree with you will generally not get you very far.  That does not mean you should leave your Bible behind.  It is the basis for what you do, and it is okay that people know where your convictions come from.  There even may be opportunity to share the Gospel with others.  But our manner should reflect the love of Him who rules in both kingdoms.

So, what does bringing our influence to bear look like?  As citizens of the Kingdom of the Right living in the Kingdom of the Left, we should know when these issues that attack God and His truth are being dealt with in the public square.  Lutheran Family Service keeps a vigilant watch at the capitol when it comes to such issues.  We bring the light of Christ to the statehouse when communicating with legislators on life issues. We communicate what they learn through our E-news list; being on that list will help keep you informed.

For too long the world has influenced what the church does and says.  It’s time to do what we can in God’s Kingdom of the Left to reverse this flow of influence. Join us and Be a Voice for LIFE!