Surviving the Storm of Life – Are You Prepared? 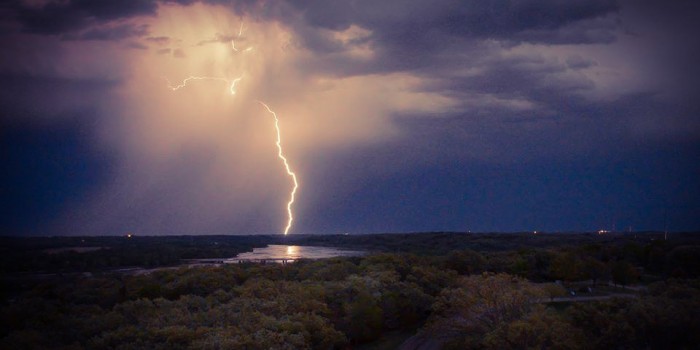 The storm warnings were out. There was no reason that anyone should have been caught off guard.

Yet, in spite of the advanced warning, defensive preparations, and a lessening of her intensity, Hurricane Florence caused much damage when she came ashore breaking buildings, causing flooding, and taking lives.  This was just one evidence of the power that storms can pack.

What a great reminder for us in our relationships with other people and our marriages. Storms can come to us not only in strong winds but in many ways. In my 38 years of ministry, I believed every couple when they spoke their vows to each other, and I know that they believed it too.

“For better, for worse, for richer for poorer, in sickness and in health, to love and to cherish, till death us do part, according to God’s holy will.”

They started out deeply in love and firmly committed to each other. The test came when the marriage was assailed, and two sinful human beings worked together to weather the storms. Some succeeded but others didn’t.

One night when a storm raged on the Sea of Galilee the disciples of Jesus were struggling to keep their boat afloat. They looked and saw a man approaching them walking on the water and thought it was a ghost. It was Jesus. Jesus identified himself and commanded Peter to come to him. Upon Jesus’ command, Peter got out of the boat and walked toward Jesus on the water! But, when he saw the wind he became afraid and began to sink. It was then that Jesus reached out his hand, lifted Peter up and walked with him to the boat.  When they entered the boat the wind and waves subsided.  You can read about this in Matthew 14: 22-32

I think that it is worth noting that in this account the storm did not subside as Jesus and Peter walked to the boat but only after they entered the boat. However, even though the wind and the waves continued to rage, Peter walked confidently on the water because he was walking with Jesus. As Jesus commanded Peter to take a step in faith and come to him, so he has asked us to come to him saying, “Come to me all you who are weary and burdened.”  Matthew 11:28  This is a great reminder to us that Jesus can and does walk with us even when storms are surrounding us and it encourages us to look to him in faith and walk with him; surviving the storm.

Lutheran Family Service is a Christ-based counseling and adoption agency that is here to walk with you thought those storms of life and be there for you just as God was there for us.

Finishing Touches for Seniors and Retirement

Finding Your “Normal” in the Midst of Life Transitions