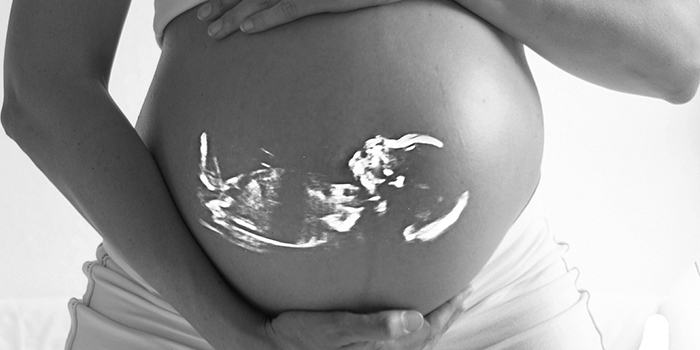 Lutheran Family Service thanks you for your prayers, and we thank God that the Protect Life Amendment (HSB41) passed the Iowa House subcommittee hearing held today!

Please continue to keep this in your prayers as it moves to the full committee. We will advise you when this happens.

My name is Kim Laube. I am the Director of Life Ministries for Lutheran Family Service.

Though the bulk of both pro-choice and pro-life advocates oppose it, late-term abortions for any reason—even up to the point where the mother is literally in the midst of delivering her child—could not be outlawed in Iowa at this point without a constitutional amendment.

Without HSB41, Iowa’s current ban on abortions 20 weeks postfertilization is at imminent risk of giving way.  The collective outcry against late-term abortions and infanticide is growing exponentially as the populous comes to understand just how heinous these “procedures” are.

To the supporters of HSB41, on behalf of Iowa’s exquisitely vulnerable pre-born children, I thank you.

My name is Kim Laube. As the Director of Life Ministries for Lutheran Family Service, as a citizen of Iowa, and as a mother to urge you to support House Study Bill 41.

HSB41 proposes an amendment to Iowa’s constitution clarifying that the document does not secure or protect a right to abortion nor does it require funding for abortion.

This amendment became necessary when a handful of unelected members of Iowa’s Supreme Court overstepped their Constitutionally outlined mandate and chose, in essence, to create law rather than interpret it.

In their 5 to 2 ruling on Iowa’s 72-hour waiting period for abortion, the court found a “fundamental right” to abortion where one did not exist.

Creating law, of course, is not a function of the judiciary, and that is by design.

This judicial overstep is unacceptable regardless of the content and must not be permitted to stand.

I urge you today to reclaim your role as elected lawmakers.

Further, I urge you to correct the high court’s disenfranchisement of Iowa’s citizens by ensuring they have the opportunity to exercise their right to vote on ratifying any change to the Constitution that governs us.

The high court’s ruling stripped citizens of their right to representation via their elected legislators and usurped the process by which Iowa’s constitution may be amended. In doing so, they swung the gates wide open for late-term abortions.

Though the bulk of both pro-choice and pro-life advocates oppose it, late-term abortions for any reason—even up to the point where the mother is literally in the midst of delivering her child—could not be outlawed in Iowa at this point without a constitutional amendment.

Without HSB41, Iowa’s current ban on abortions 20 weeks postfertilization is at imminent risk of giving way to atrocities such as those described by Virginia’s Governor Northam in which an infant born after surviving a botched abortion could be denied resuscitation at the request of her mother.

As we have seen in Virginia, New York, and elsewhere, the collective outcry against late-term abortions and infanticide is growing exponentially as the populous comes to understand just how heinous these “procedures” are.

HSB41 rights a grievous wrong foisted upon Iowa’s citizenry and assures the restoration of the vital checks and balances upon which our system of government relies.

To the intrepid sponsor of HSB41, on behalf of Iowa’s men, women, and especially our exquisitely vulnerable pre-born children, thank you.

Though the road to ratification of this amendment promises to be long and difficult, we are placing our trust in you to stay the course.

As a student of biology and theology, I halve learned that when it comes to the question of when life begins, we should not seek the answer from pastors or politicians or pundits in the media or popular movie stars or even physicians.  We should ask those intimately knowledgeable of life’s beginnings–embryologists.

So, what do the embryologist say?  Embryology textbooks used in medical schools state categorically and consistently that human life begins at the moment of fertilization.  For the sake of time, I will quote just one.   But I can provide at least 39 others if you like!

“Human life begins at fertilization, the process during which a male gamete or sperm (spermatozoon) unites with a female gamete or oocyte (ovum) to form a single cell called a zygote. This highly specialized, totipotent cell marked the beginning of each of us as a unique individual.” “A zygote is the beginning of a new human being (i.e., an embryo).” (Keith L. Moore, The Developing Human: Clinically Oriented Embryology, 7th edition. Philadelphia, PA: Saunders, 2003. pp. 16, 2.)

I speak in favor of this amendment, but find it disconcerting that we must add a Protect Life amendment to our constitution that at its essence is designed to protect life.

Please continue your prayers for our Iowa legislators. Pray that they stay strong in the face of pro-death opposition and pray that hardened hearts may be softened by God’s truth for life. We ask your prayers for our Lutheran Family Service life advocacy servants, specifically for Kim Laube and Rev. Dr. Jim Lamb as they spend countless hours preparing for and in-action at the Iowa capitol building in the name of LIFE. Give them all the strength, courage and protection needed to see this through to the very end, never wavering and never giving up.