Doctor Assisted Suicide: Is Death the Solution to the Problems of Life? 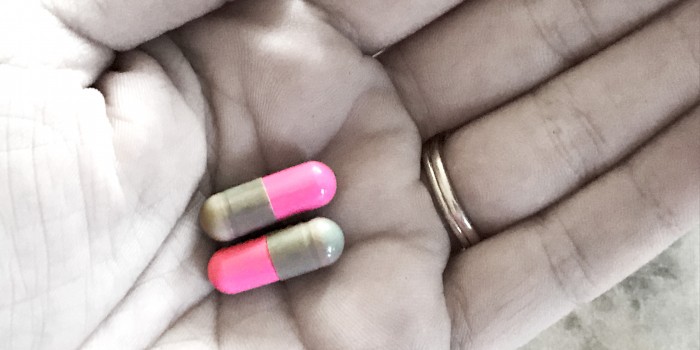 Before diving into Doctor Assisted Suicide, let’s revisit a classic illustration of a euphemism.

I was leading a Bible study and talking about the euphemisms for abortion.  We call it a “choice” or a “right” or the “termination of a pregnancy.”  A member of the class stated that the word abortion itself has become a euphemism.  He was right.  We use it so much that it masks the reality behind it.  The reality of an elective abortion is the intentional and brutal killing of an unborn little boy or little girl. We have masked this reality so much that is has led to the other lies.

Doctor Assisted Suicide (DAS) as an unacceptable solution to the problem human of suffering.  We need this discussion as DAS is becoming more and more acceptable. Ten states and the District of Columbia now allow DAS. The majority of other states have DAS legislation at one stage or another. The number of Americans who have access to DAS went from 13.7 million in 2016 to 73.8 million at present. A May 2018 Gallup Poll indicates that 78% of Americans believe in allowing doctors to “end the patient’s life by some painless means.” However, that drops to 51% when the process is described as doctors helping a patient “commit suicide.” Words are important! In the same poll, 54% believe DAS is morally acceptable.

Formerly known as the Hemlock Society, the group Compassion and Choices actively promotes DAS wherever they are able.  They masterfully euphemize it: “Death with Dignity”  “Aid in Dying” “Compassionate Relief of Suffering”  “Choice in Dying.”  They help craft wording to define away reality.  For example, the Iowa DAS bill states, “the bill shall not, for any purpose, constitute suicide, assisted suicide, mercy killing, or homicide under the law.” (From explanatory Statement of Iowa Senate File introduced Feb. 8 called the “Iowa Death with Dignity Act.”) In other words, this bill legalizing suicide is not about suicide.  (Can you say, “The thirteenth floor is not thirteenth floor”?)

But you cannot change the reality of something by calling it something else.  Suicide is suicide and should be morally unacceptable to American citizens and especially so for those who are Christians and claim the “citizenship of heaven.”

Morally and societally Doctor Assisted Suicide leads to many other problems.  Here are a few.

The above are important things to consider, but for the Christian there are also higher things to consider.  Many in that 54% of Americans who believe DAS is morally acceptable are Christians.  In one sense we can understand that.  Paul does say that “to die is gain” and “to depart and be with Christ is far better” (Philippians 1:21 & 23).  Christians know this to be true.  All our problems, suffering, and disease will be gone when we die and go to heaven. The devil, who is very clever at using the Word of God by the way, uses these words to plant the question, “So, then what’s so wrong with sending grandma to be with Jesus?”  There is nothing wrong with wanting grandma to be with Jesus or to pray that Jesus send His angels to take her to heaven.  But it is not within the scope of our authority to send grandma there.

That’s why we also need to read the very next verse, indeed it completes the sentence of verse 23. “but to remain in the flesh is more necessary on your account” (1:24).  It certainly is “far better” to be with Jesus, but it may be “more necessary” to remain living.  Now the important part—God is in charge of the more necessary.  By the end of this chapter Paul is convinced that he will remain in the flesh and that God has “fruitful labor” left for him to do.  Remember, Paul’s fruitful labor consisted of what God kept doing through Paul, especially working in and through Paul’s weaknesses. “My power is made perfect in weakness” (2 Corinthians 12:9).

Ask any pastor and he will tell you of the “fruitful labor” witnessed in hospital beds, nursing homes, and hospice facilities. Sins confessed and forgiven.  Old wounds healed, and new relationships established. Stories shared that were never heard before.  Blessings given to grandchildren and grandparents being blessed by the very presence of grandchildren.  Even staff coming to faith as they witness the bold and enduring faith of others in the face of death.  The list goes on.

But how do we know for sure that God works in the sufferings of our life as He promises to do? (See Romans 8:28.)  The thesis of this post is that death is not an acceptable solution to the problems of life.  However, there was that one time!  “For the death he died he died to sin once for all . . .” (Romans 6:10a).  We know that God works in the sufferings of our lives according to His will and purpose, because He was at work in the greatest suffering of all time—Jesus suffering God’s wrath for the sins of the world.  Through this greatest suffering came the greatest good, forgiveness of sins and, through Christ’s resurrection from the dead, the certain hope of our own resurrection with perfect, suffering-free bodies living for all eternity in paradise.

We know God works in the suffering of our lives not always because we see His work or feel His work, but because He promises to be at work.  We cling to promises not feelings.  We cling to what is unseen not to what is seen (2 Corinthians 4:13).  We of finite minds dare not interfere with the infinite wisdom of God by thinking we know best when it is time for someone to die.

Now we need to turn the tables a bit.  Servants need people to serve.  The answer I gave to my homebound and nursing home members when asked, “Why is God keeping me around?” was this: “You are Jesus to me.  For the Bible tells me that whatever I do to the least, the vulnerable, to those in need, I do to Him.”  I would tell them that they were Jesus to me and this was a great honor, not only for me, but for them.  When we turn killing into caring, we lose untold opportunities to serve and be Jesus.

As example, consider the contrast between Brittany Maynard and Maggie Karner.  In 2014 both were diagnosed with the same kind of terminal brain cancer.  Brittany produced a YouTube video that garnered may viewers.  She explained why she was moving to Oregon to avail herself to the legality of assisted death.  She wanted to choose the time and manner of her death.  She did not want family and loved ones to see her in what she perceived would be a state of unbearable suffering.

Maggie Karner, former director of LCMS Life Ministries, on the other hand, chose to trust in the “unseen” things God would do.  Allow me to let Maggie, now with her Lord, speak for herself in a series of quotes.

“As a Christian with a Savior who loves me dearly and has redeemed me from a dying world, I have a higher calling.  God wants me to be comfortable on my dependence on Him and others, to live with Him in peace and comfort no matter what comes my way.”

“As for my cancer journey, circumstances out of my control are not the worst thing that could happen to me.  The worst thing would be losing my faith, refusing to trust in God’s purpose in my life and trying to grab that control myself.”

“I’ve had the gift of raising three lovely daughters.  I want my girls to learn selflessness and servanthood as they care for me.”

“[God] truly understands our sorrows and feelings of helplessness.  I want my kids to know that Christ’s resurrection from that borrowed grave confirms that death could not hold Him, and it will not hold me either—a baptized child of God.”

To Him alone be the glory.

For information about doctor assisted suicide and other life issues, legislative action in Iowa, and the planned Prayer for Life gathering at the capital, visit lutheranfamilyservice.org/outreach/life-advocacy/.

Finding Your “Normal” in the Midst of Life Transitions

Window to the Womb: Opening Our Eyes to…